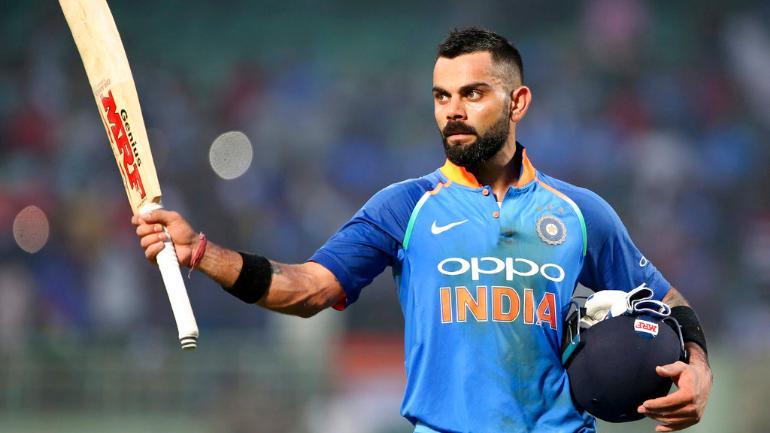 Virat Kohli has an incredible reputation for finishing the ODI games, he earned his fame throughout the year with some outrageous innings.

Since 2008 debut, Kohli has already surpassed many greats of the game at only the age of 30; right now, he is the second-highest century scorer. Only great Sachin Tendulkar is ahead of him.

The conversion rate, however, is the most surprising aspect of his batting. There is hardly anyone from the current players, who can compete with him in this pedigree. Only Steve Smith is giving a tough competition, in the test format only.

We will try to recall some of his insane innings that helped to determine the outcome of the particular game.

India lost the match against Bangladesh despite the Sachin Tendulkar 100th century. So to stay alive in the competition, India had to win the game against Pakistan.

After winning the toss, Pakistan posted a subdue total off 329 runs, based on the centuries from both openers. India lost Gautam Gambhir very cheaply in the chase. Virat Kohli was in fantastic shape on the back of successful Australian outing and already scored a century in the tournament as well. He was not in the mood to give up the chase. Moreover, he looked to continue his outlandish form to hand India a famous win against Pakistan. He made the experience Pakistan bowling attack looked very ordinary by his flory of boundaries. While Sachin Tendulkar & Rohit Sharma gave their best possible effort in partnership with Virat Kohli, to keep India on track in the chase. As a result, Indian won the match by a margin of 6 wickets.

READ  Facts About Sports Flooring That Will Blow Your Mind

To stay alive in the tri-nation series, India had to achieve a daunting score in 40 overs. Sri Lanka scored 321 runs in their allocated 50 overs, Dilshan & Sanggakara each scored a century piece.

However, India had to win the match with bonus points to stay in contention in the competition. In the chase, Sehwag & Tendulkar started innings decently with their opening partnership. Although they got out very shortly. Meanwhile, Kohli joined the party to punish the Sri Lankan all over the place. Kohli was given an excellent partnership by Gautam Gambhir & Suresh Raina. Which had eventually set the tone for the run chase

Moreover, Kohli’s majestic innings helped India to chase the gigantic score by 36.4 overs. Although India failed to qualify for the final. But his efficient innings gave India the best possible opportunity to make it to the finals.

India was on the verge of losing the home series against South Africa in Chennai. So why exceptional individual performance was required to rescue the Indian team.

After winning the toss, India was under pressure after losing both openers in quick succession. But Kohli was very little affected by the game situation, as he looked to take the attack to the formidable South African bowling attack. His skillful 138 off 140 balls ensured India to post a reasonable score of 299 in 50 overs. However, Ajinkya Rahane and Suresh Raina played very well to give him an adequate company.

In reply, the South African batting order tried to stand tall with Ab De Villier’s fantastic century. But there was not any other individual to give him the required assistance. Consequently, they failed to chase a modest total of 299 runs in 50 overs.

India was leading the series 2-0 against South Africa on the back of Virat Kohli’s fantastic form.

Virat Kohli all-ready scored a match-winning hundred in the series as well. After putting into bat by South Africa, India lost Rohit Sharma very cheaply. But India was on track by the partnership of Virat Kohli & Shekhar Dhawan. Both of them added 140 runs for the third wicket to give India solidarity. Shekhar Dhawan was perished by Duminy after his brisk 76 runs.

However, Virat Kohli was rock solid with his unbeaten 160 runs off 159 balls. India scored 303 runs 50 overs. South African batting order crumbled very severely in the chase. They really struggled to face the Indian spinners. The spin twins claimed 4 wickets each to hinder the South African pursuit. As a result, they have bundled out by 179 runs 40 overs.

Virat Kohli made his debut in 2008. Quite obviously, in the Indian batting lineup, he had not made his position permanent. Keeping in mind that India is heading towards the next World Cup, he has to deliver his best to stay in the race for the middle order. He delivered with his two brilliant hundred, at first he scored Australia in Vizag, then he scored against New Zealand in Guwahati. Which confirmed his place in the 2011 World cup.

Australia scored a modest total off 289 runs. India lost both openers very shortly in the chase. However, Virat Kohli has kept the chase of India always in control by his circumspect innings off 118 off 121 balls. Yuvraj Singh & Suresh Raina did contribute very well to India on track. Eventually, India won the match by a big margin of 5 wickets.

Ways That You May Attempt to Create Money in Satta

Cornhole Game – How to Play and Score the Best!

Secrets to a Better B2b Marketplace in Australia

There is the potential for great rewards, both financial and personal when it comes to managing and operating a B2b...